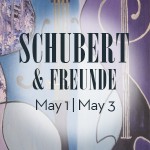 Cantabile invites you to join us for Schubert & Freunde, a performance in honor of the 200th anniversary of Franz Schubert’s Mass in G Major, along with select pieces from other German masters.

Exquisitely composed for strings, organ, and choir, the Mass in G is an exploration of Schubert’s own religion and philosophy at the age of 18. The Mass will be paired with pieces from Schubert’s fellow German composers:

Three outstanding soloists will join Cantabile for this performance. 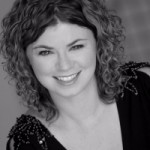 Soprano Emily Murdock is a versatile performer whose performances “resonate well with the audience” (Opera News). She has sung with PORTopera, Opera in the Ozarks, the Boulder Fringe Festival, Pine Mountain Music Festival, Opera Colorado, and regularly performs with the Central City Opera Ensemble.

Emily is one half of the ensemble Liria Duo with pianist Sara Parkinson. Liria Duo released an album of songs by Libby Larsen in 2013 called Songs of Her Self. The duo spent three years working closely with the composer on this premiere recording.

Emily has appeared as a soloist with several regional orchestral and choral organizations in the Rocky Mountains. She has also been successful in many multi-round competitions, singing in the National Semi-Finals of the NATS Artist Award recital competition, the National Finals of the Music Teachers National Association Young Artist Competition, the Denver Lyric Opera Guild Competition Finals, and the Regional Round of the Metropolitan Opera National Council Auditions. 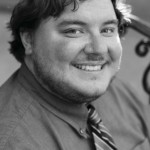 Tenor Paul Thompson is pursuing his DMA in Choral Conducting and Repertoire at CU-Boulder, where his TA duties include directing two vocal jazz ensembles, working with several choirs, and assisting in the teaching of undergraduate conducting.

As a singer, Paul has received honors, including the 2008 UW-Milwaukee Concerto and Aria competition and taking first place at the Wisconsin NATS competition as a college senior in 2005. He has appeared as a soloist with the Green Lake Festival, the Fond du Lac Summer Music Festival, the South Shore Chorale, and the Fond du Lac Chamber Singers. Paul also performs regularly with the East Side Chamber Players, a group of young professional musicians from the Milwaukee area who perform concerts of chamber works throughout the Midwest. In addition, Paul has appeared as a guest artist with Vocal Tapestry, the UW-Milwaukee Universtiy Community Orchestra, Present Music in Milwaukee, and as a performer on the Yolanda Marculescu Vocal Arts Series.

Paul comes to Colorado from Wisconsin, where he was a member of the choral faculty at UW-Milwaukee, directing the University Choir, the Men’s Chorus, and teaching voice classes. Prior to this, Paul was on faculty at UW-Manitowoc. Paul holds a masters of music in choral conducting from UW-Milwaukee, and a bachelors of music in voice from Marian University in Fond du Lac. He has been director of vocal music and jazz studies at St. Mary’s Springs High School in Fond du Lac, WI, where he directed the Concert Choir, Vocal Jazz ensembles, Madrigal Singers, Music Liturgy Ensemble, and the Jazz Band. He has also directed church music for a number of years and was most recently the director of choirs at Mt. Zion Lutheran church in Wauwatosa, Wisconsin. Paul was also the music director at Maximillians in Mt. Calvary, WI, where he is instrumental in the production of two professional music reviews each year, and has prepared singers for performances with the Milwaukee Symphony Orchestra and Bob McGrath of Sesame Street. 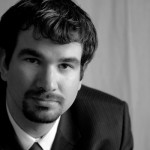 Baritone Adam Ewing, a native of Hiawatha, KS, has gratefully settled along Colorado’s Front Range. He is currently pursuing a Doctorate of Musical Arts degree in vocal performance at CU-Boulder, where he studies with Patrick Mason. In addition to accompanying and teaching voice, Ewing has appeared as Sondheim (Side by Side by Sondheim), John Brooke (Little Women), Gianni Schicchi, the Count (cover, Le nozze di Figaro), Man 2 (Songs for a New World), Miles Gloriosus (A Funny Thing…Forum), and Schroeder (You’re a Good Man, Charlie Brown), among others. He also performs with Central City Opera’s Education and Community Engagement ensemble. Perhaps his most fitting role, both vocally and dramatically, was the Celebrant in the CU Opera Theater production of Bernstein’s Mass.

In addition to dramatic works, Ewing is an avid performer of art song. Last summer he was one of six singers chosen for the Fall Island Vocal Arts Seminar where he studied with Stephanie Blythe and Alan Smith. He also spent a month in Canada as a student at the Vancouver International Song Institute, an intensive summer program for singers and pianists focusing on art song, particularly French repertoire and the songs of Schubert. While there, he discovered his love for the beaches of the Pacific Northwest and affirmed his fondness for sushi and fish and chips. Ewing enjoys singing contemporary American art song as well, working with both student composers and celebrated masters. He has sung in masterclasses and recitals for Roger Vignoles, William Bolcom, Lori Laitman, Jake Heggie, Bob Spillman, and Libby Larsen.

Ewing is a founding member of the choral groups An die Musik and Vox Reflexa, and a past member of the Missouri Music Educators National Conference, the Indiana University student chapter of the National Association of Teachers of Singing, and Phi Mu Alpha Sinfonia, a national men’s music fraternity. 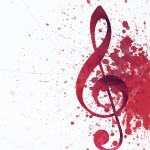 Both performances are now sold out!

If Music Be the Food of Love will be a special night celebrating the ups, downs, electricity and beauty of love. Indulge in exquisite gourmet desserts and relax by candlelight with live dancing and cabaret style performances by Cantabile.

The full choir, soloists and small ensembles will perform songs of love from Africa, the Renaissance, England, the tango tradition and more. Throughout the cozy, intimate evening, audience members will be served coffee and special desserts catered by a local pastry chef.

Whether you are seeking a fun night out or a serious evening of romance, it will be an evening of sweets and serenading not to forget.

If Music Be The Food of Love is a cabaret style performance. Guests are seated at tables and served desserts and coffee throughout the evening. Included in your ticket price is the following: 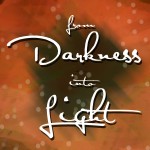 “From Darkness Into Light” is Cantabile’s inaugural concert under the baton of new Music Director Hannah Wunsch. The relationship of mankind to light and darkness has been explored for centuries. This program reflects universal themes of darkness and light as interpreted by composers through the ages and across cultures. The acclaimed music of Morten Lauridsen, with others works by Johannes Brahms and John Rutter, explores the mystery and melancholy of darkness, while stunning pieces from Eric Whitacre, Gerald Finzi, and Charles Villiers Stanford ignite the hope and levity of light. With these composers and more, Cantabile takes listeners on a journey through music and time.

Morten Lauridsen, who has composed beloved pieces for over 40 years, explores night through his three Nocturnes: Sure on this Shining Night, which has become a choral classic, Sa Nuit d’Été and Soneto de la Noche, which are equal in beauty and mystery.

Ralph Vaughan Williams is an English composer from the turn of the 20th century whose work is described as ostensibly familiar and commonplace, yet deep and mystical as well as lyrical, melodic, melancholic, and nostalgic, yet timeless”. The performance includes Vaughan William’s Sweet Day, a deeply melancholy setting of George Herbert’s poem of the same name, which juxtaposes the sweetness of a passing day with the inevitability of darkness. The performance also features songs from another tradition, the spiritual. Settings by Barbara Baker and Joe Jennings hold fast to the promise of day after night and calm after the storm.