Mozart partially set the text of the Mass on different occasions, and even in his Great C minor Mass, he left the Credo, Agnus Dei and some of the Sanctus portions yet-to-be written. Harvard musicologist Robert Levin completed the task for the anniversary of Mozart’s birth in 2006. The work was met with wide acclaim at its U.S. and European premieres, largely through the ever-masterful work of Helmuth Rilling, and naturally thanks to Levin’s expert reconstruction, which uses Mozart’s own music and preserves Mozart’s own spirit. To close our season with a momentous occasion, Cantabile is honored to bring to life the Colorado premiere of this magnificent work in two performances. We are also thrilled to make this a community event, partnering with excellent choral and orchestral musicians to make this into an experience not to be missed!

The performance will feature these nationally renowned soloists: 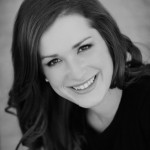 Maria received her bacheolor’s degree in Voice from Brigham Young University-Idaho and her master’s degree in Voice at the University of Colorado. She has appeared with the BYU-Idaho Opera, the Loveland Opera Theatre and with the prestigious Santa Fe Opera’s Apprentice Opera Scenes. Most recently she performed with Opera Omaha and the Omaha Symphony as the soprano soloist in Poulenc’s Gloria and this past summer she covered the role of Micaëla in Carmen as a Gerdine Young Artist with Opera Theatre of St. Louis. 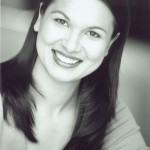 Soprano Linh Kauffman has appeared across the United States in oratorio, opera, new music and musical theater. She recently made her Latin American debut at the Teatro Nacional de Panama. She has been a featured soloist with the Oregon Bach Festival, the University of Minnesota Bach Festival; and the Bach Chamber Players of St. Paul, the Weill Music Institute at Carnegie Hall and the California Chamber Symphony and the San Francisco City Chorus Ms. Kauffman holds degrees from Carnegie Mellon University and the University of Maryland and recently completed her doctoral degree as a Berneking Scholar at the University of Minnesota. 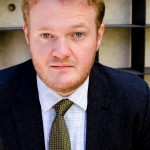 Texas-born tenor Zachary Averyt made his operatic debut in 2001 as Kaspar in Amahl and the Night Visitors. Averyt appears frequently in leading roles with Houston’s Opera in the Heights where he returned to sing Don Ottavio in Don Giovanni in January of 2014. He has sung the title roles in Haydn’s The Creation; Handel’s Messiah, J.S. Bach’s Magnificat, Saint-Saëns’ Christmas Oratorio, Mozart’s Requiem, Rachmaninoff’s Vespers, and Carl Orff’s epic Carmina Burana. Mr. Averyt holds degrees from both the Shepherd School of Music at Rice University and the Moores School of Music at the University of Houston, and was a 2013 Emerging Artist with Opera New Jersey. He currently lives and teaches privately in Houston and has served on the faculty of the American Festival of the Arts. 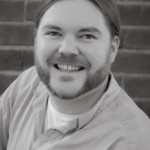