Winter 2020 | Johannes Brahms: A Requiem for the Living 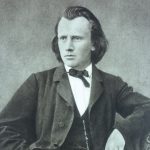 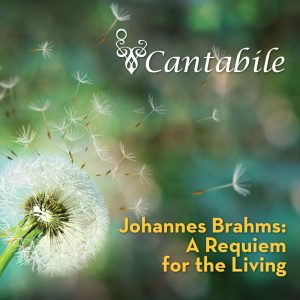 Johannes Brahms’s Ein Deutsches Requiem was first premiered in 1867. After revisions and the addition of a seventh movement, it was premiered again in 1868 as we know it today. This choral-orchestral masterwork has been performed consistently for its 150-year history and still resonates with audiences. Cantabile is honored to be the featured chorus for the Broomfield Symphony Orchestra’s performance on February 23rd, 2020. In addition, Cantabile will be performing the four-hand piano version that was arranged by Brahms himself two weeks in advance on February 9th, 2020 at First Congregational Church of Boulder. Known often as a “Requiem for the living,” the scripture was chosen by Brahms to comfort those that the dead leave behind. In a letter to the conductor of one of the Requiem’s premieres, Brahms is noted as saying he wished it to be renamed to “A Human Requiem” for he hoped that all humanity, not just Germans, might take solace in its music and text. We hope to see you for either, or both, of these performances in February.

Anna Montgomery is a lyric soprano establishing her career on the operatic and concert stage. In her recently completed graduate studies at Michigan State University, Ms. Montgomery sought to expand and diversify her performance capabilities. In addition to performing the roles of Giulia (La Scala di Seta), Adele (Die Fledermaus), Rose Maurrant (Street Scene), and Gertrude (Hansel and Gretel), she performed and produced a fully staged production of Ricky Ian Gordon’s Orpheus and Euridice. This production, put on in collaboration with the Advanced Studies Gateway at the FRIB, reinterpreted the classic myth to reflect the journey of love, loss, healing and beauty experienced by survivors of the #MeToo movement. In addition to these and multiple recitals, she has appeared in master classes with renowned artists including Renée Fleming, Richard Bonynge, Lenore Rosenberg, and Terri Hansen. Ms. Montgomery’s concert appearances include Mendelssohn’s Elijah and Handel’s Messiah with the Michigan State Symphony Orchestra, Fauré’s Requiem, as well as with MSU’s contemporary music series, Musique 21.

Lyric baritone Adam Ewing is an Affiliate Professor of Voice at Regis University. He made his operatic debut as Major General Stanley in The Pirates of Penzance with Loveland Opera, and his orchestral debut as the lead of the barbershop quartet in The Music Man with the Colorado Symphony. He has appeared as Bernardo and Officer Krupke (West Side Story), the Kaiser (Der Kaiser von Atlantis), Schaunard (La Boheme), the Celebrant (Bernstein’s Mass), John Brooke (Little Women), among others. He was the chorus master for several Boulder Bach Festival productions, including the B minor Mass, and regularly performs with Central City Opera’s Touring Artists, as well as teaching, coaching, and accompanying singers. Mr. Ewing has performed the baritone solos in Fauré’s Requiem across the country. He has also sung the solos in the Messiah, both the Brahms and Duruflé Requiems, and Vaughan Williams’ 5 Mystical Songs and Dona nobis pacem, which he performed at the American University of Beirut in Lebanon.